The Secret to Diversity and Inclusion (in Web3 and, Literally, Everywhere Else) 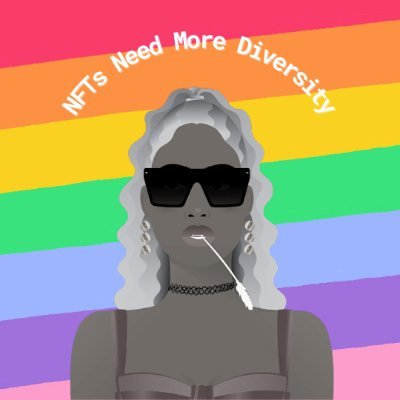 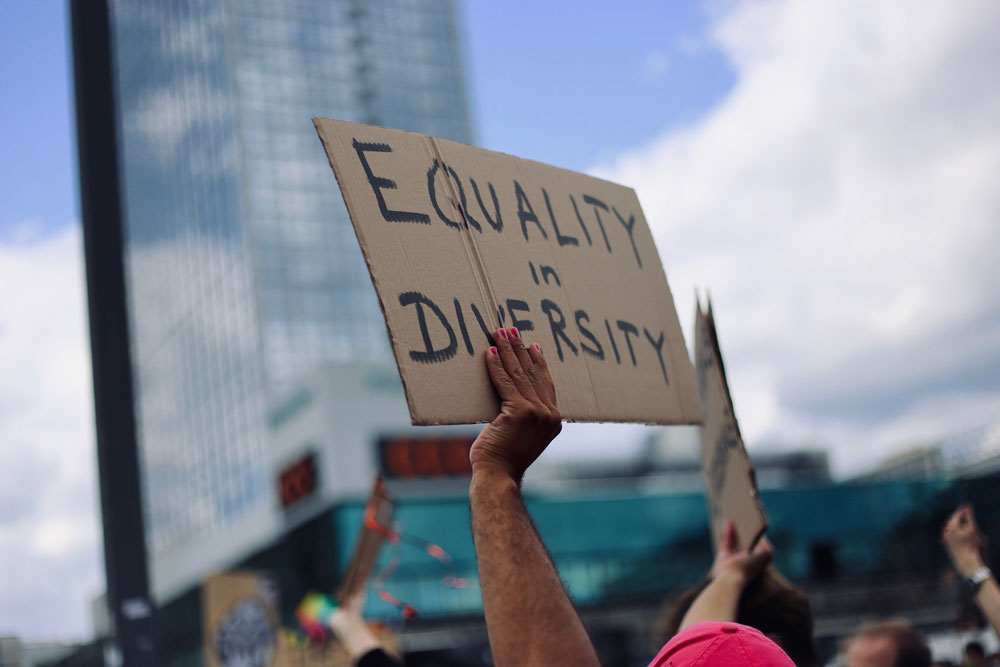 I’ve spent 15+ years creating awareness and advocating for diversity and inclusion. During that time, it’s become clear that the secret to its success lies in one single word… INTENT.

It’s important to take time to learn the basics of allyship and inclusivity (see my article, Do These 2 Things Before You Do Anything As an Ally in Web3). After that, intent is the biggest differentiator between those that do, and those that don’t, care about creating equity for all.

The words you use, folks you hire, voices you amplify, and access you provide all have a role to play. It’s that simple.

NFT.NYC: What Does It Look Like To Not Be Intentional?

Last November, the lack of diversity and inclusion at my first NFT.NYC was glaring. I promised myself that next year, I'd be on stage pushing its importance, instead of in the audience frustrated by its absence.

So, when speaker applications opened, I reached out to some respected leaders and friends. Folks that work daily to make web3 more inclusive and represent some of the many intersections of diversity. They were:

We each submitted identical applications, but they approved only me and one other on the list. When I asked for reconsideration NFT.NYC responded:

"There is no guarantee… we have many people who wish to speak about similar topics, and our programming team ultimately decides who is on each panel."

Problem is that “the programming team who ultimately decides”, selected four  white/white-presenting folks for the Why We Need To Support Diversity In NFTs panel. One of which was a white, cis, straight man.

This is from the same conference that was called out only 7 months ago for its lack of diversity, particularly for Black folks, when:

So, what was I supposed to do? I show up daily with my #1 goal being to make web3 more diverse and inclusive. Yet, this panel represented the same problems so many underrepresented folks experienced—and ran from—in web2. Myself included.

Visual representation is critical to this work because it helps provide emotional safety. Without that, underrepresented people may come to web3, but most won’t stay.

I considered many scenarios while I thought about how to approach this:

With the help and counsel of many friends, I decided on scenario #5:

Call Out NFT.NYC For Their Bullshit: knowing I’d never speak at NFT.NYC again and that it may affect my ability to get speaking gigs at other conferences, I’d my allocated 5 mins to call out the bullshit behind the curation of this panel.

This video captures how it went down: [video]

What the video doesn’t capture was that:

And it also doesn’t capture:

This is what the panel should have looked like from the very beginning:

Because the only thing that the NFT.NYC team is intentional about is ignoring their role in making web3 more diverse and inclusive.

Please take this moment to check out and support “Dream Crazy Jits”.

The photo above is of a Zoratopia panel—The Future of Web3 Diversity—I participated in the day before the NFT.NYC panel. On the stage were:

Panels like this are NOT typical. But Zoratopia co-founder, and leading web3 musician, builder, and inclusion advocate, Latashá, is anything but typical.

It's why the event included 3 full days of shoots, exhibits, performances, food and drink. All FOR FREE.

It's why speakers, performers, and attendees alike describe the event as a warm hug of love, acceptance, and inclusion.

THIS WAS NO ACCIDENT. If your mission is to create inclusive community, spaces, and events that represent ALL web3 folks - there's no room for accidents. Everything from the program, cost, location, sponsors, and performers requires intentional consideration.

Another example of intentional inclusion at NFT.NYC 2022 was Deadfellaz.

The Horde’s commitment to diversity and inclusion isn’t new or exclusive to NFT.NYC. Their language, team, and outspoken advocacy for all underrepresented people have made them a safer space in web3 since before mint.

"I didn't see much gender diversity" described the creative director, company co-founder, and Horde Mother, @BETTY, in an interview with ONE37pm. This encouraged the decision to make the 10k PFP collection genderless. The intentions were obvious from the beginning. They wanted to “restructure the systems...and build a future that is more inclusive and progressive.”

It’s not surprising then that Deadfellaz’s NFT.NYC activations were an exhibit of diversity and inclusion. Two examples I was privileged to experience were:

Add to the above, the evening's performers represented the diversity of identities and talent in web3. Black artists, allies, and inclusion advocates, @CallMeLatasha and @Ed_Balloon, joined Indian woman, @RheaRajj, and Princess Nokia, in a lineup that showed an obvious intention of paid opportunities going to underrepresented artists.

Committing to diversity and inclusion is the harder path. It requires unlearning, acknowledging your privilege, and constant questioning of your own bias. It involves calling out bullshit and having uncomfortable conversations. And it's an exercise in learning about other people's experiences and building empathy as you learn.

Intent is a dichotomy. It can be positive or negative, harmful or helpful. This is exactly what we're seeing play out with diversity and inclusion in web3.

A sincere thank you to the many friends—@PatrickWagner, @Mec, @JesseSoleil, @LilMinhaji, @Anniae—that gave me the space, advice, and courage to speak openly about this. As they all reminded me in their own ways—if you're comfortable, you're not pushing hard enough.

Kristina Flynn (she/her) is a builder and community expert making web3 more diverse and inclusive. Her writing focuses on informing/inspiring underrepresented creators through education, advise, and stories, and destigmatizing mental illness in web3. 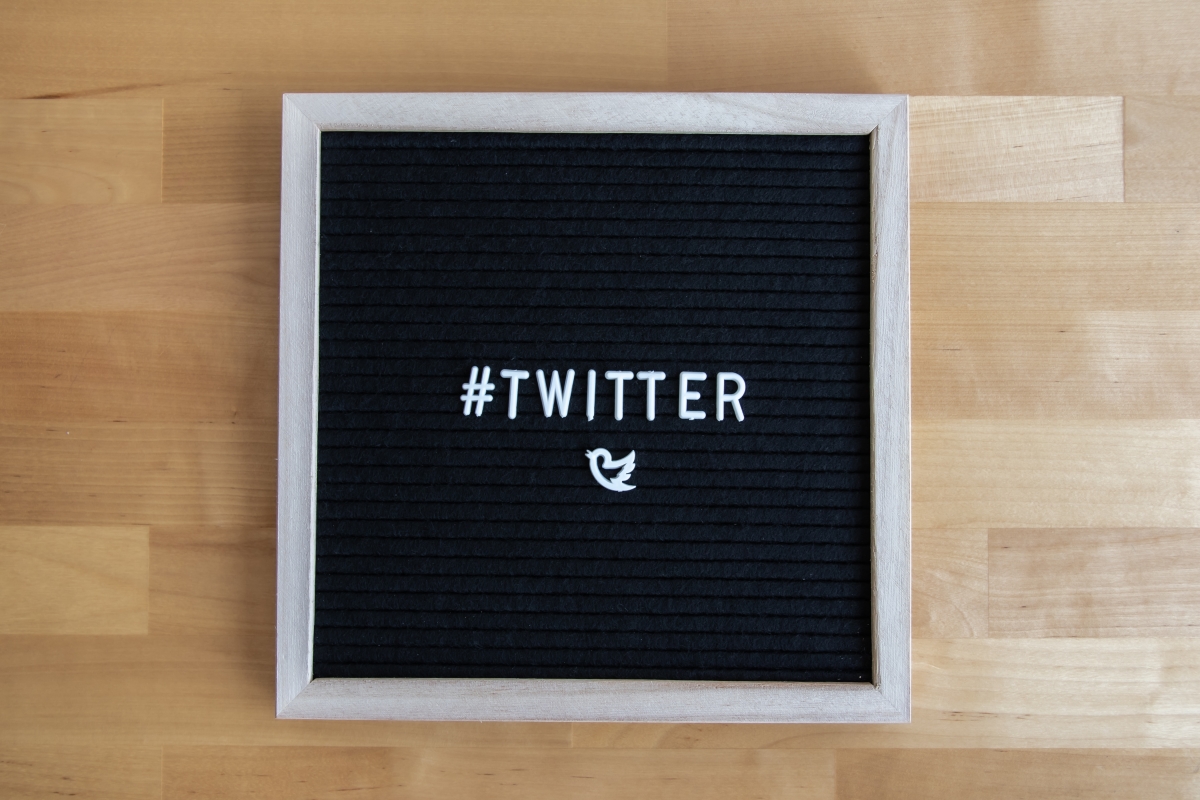 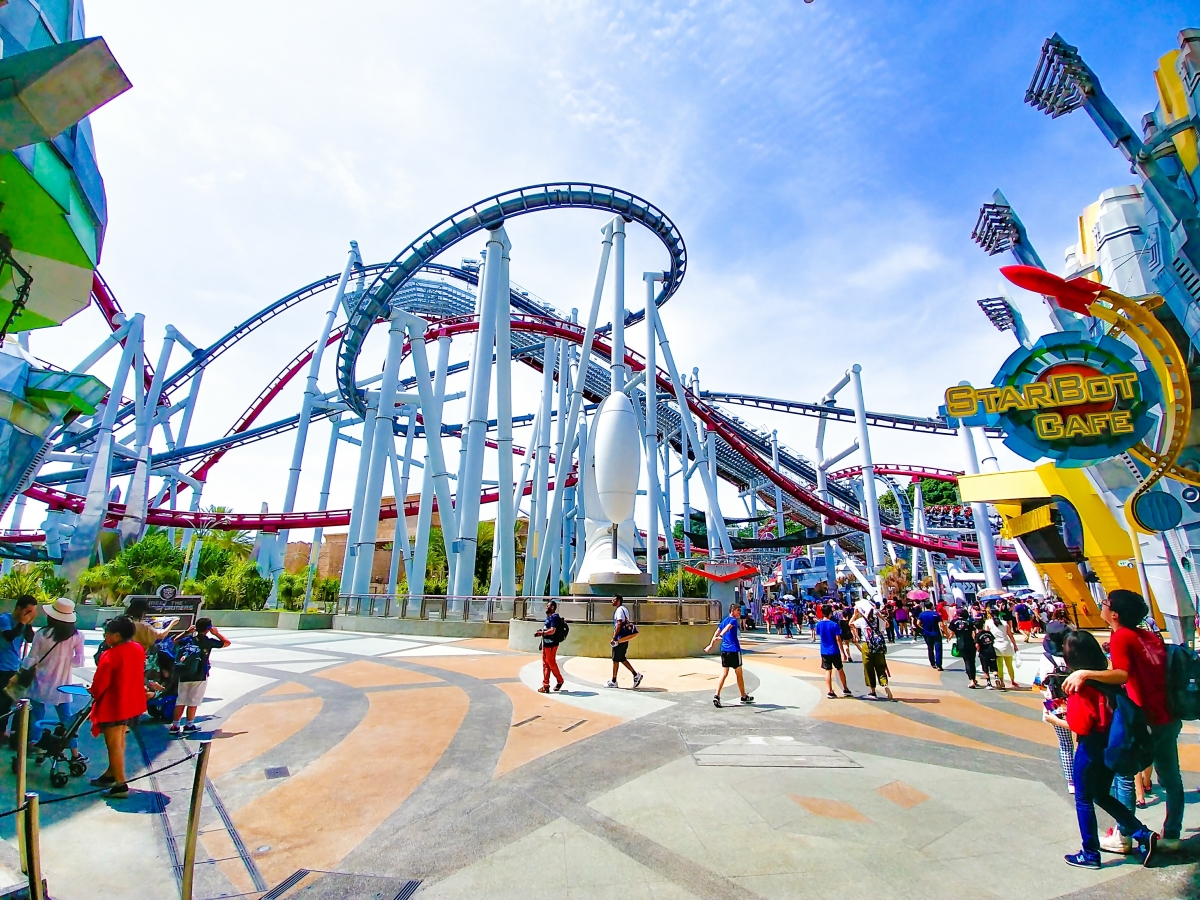 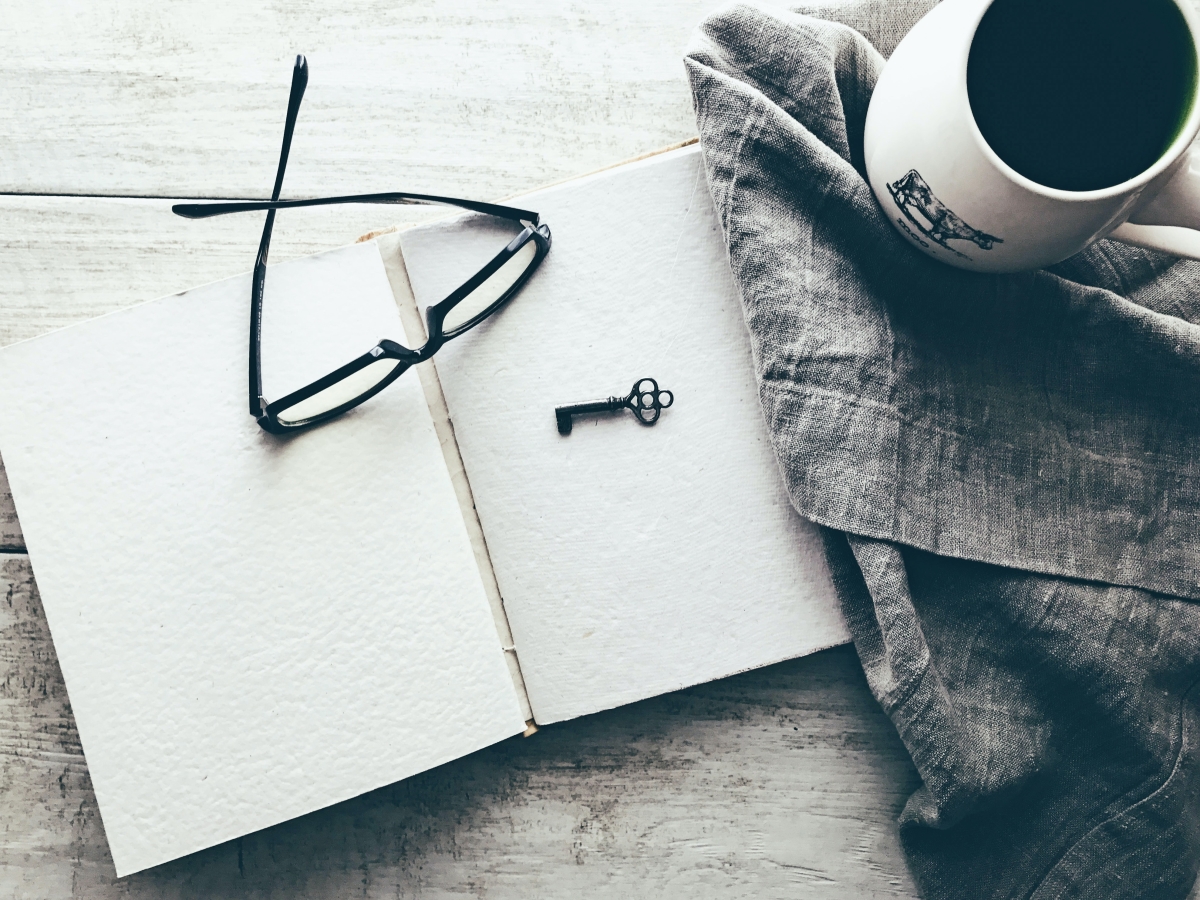 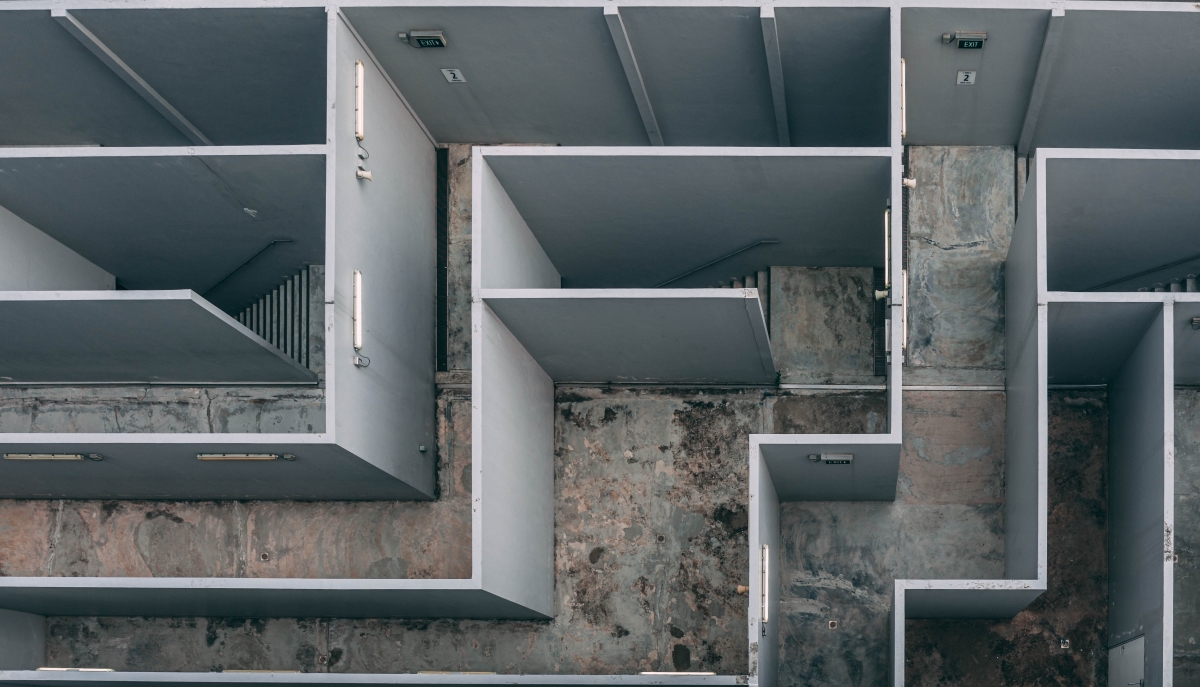